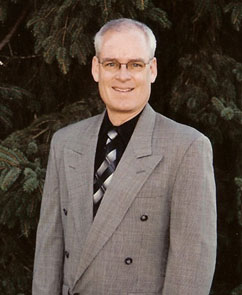 Stephen Rogers was raised in Stanton, Kentucky, the son of Jesse and Louise Rogers. He and his wife Vicky have two married children. His son David is an engineer for Honda, and his daughter Amy Hartwigsen is a physical therapy assistant in Mt. Vernon, IL. They have four grandchildren.

In 1995, the Washington Avenue congregation began doing mission work in Belarus. Congregations have been established in Molodechno and in Minsk. The elders have sent Stephen on 25 mission trips to Belarus and one to Tanzania.

Stephen holds four to five meetings per year, speaks on numerous lectureships, and conducts evangelism and leadership seminars. Other activities include serving as President of the board of Directors of Western Kentucky Youth Camp for 10 years and directing the 8-9 year old week at WKYC for 16 years. Since 1998 he has been a member of the Freed-Hardeman University Advisory Board.

Additional books include “How to Study Difficult Passages Of The Bible.” This is available in hardback and paperback, as well as a student handbook. The evangelism material in correspondence course form entitled “God’s Will Made Simple.” And three new books entitled “Jesus Our Example” examine the life of Jesus and urge Christians to imitate His precious life.

To learn more about Stephen’s book and other material available,  go to easyevangelism.com.